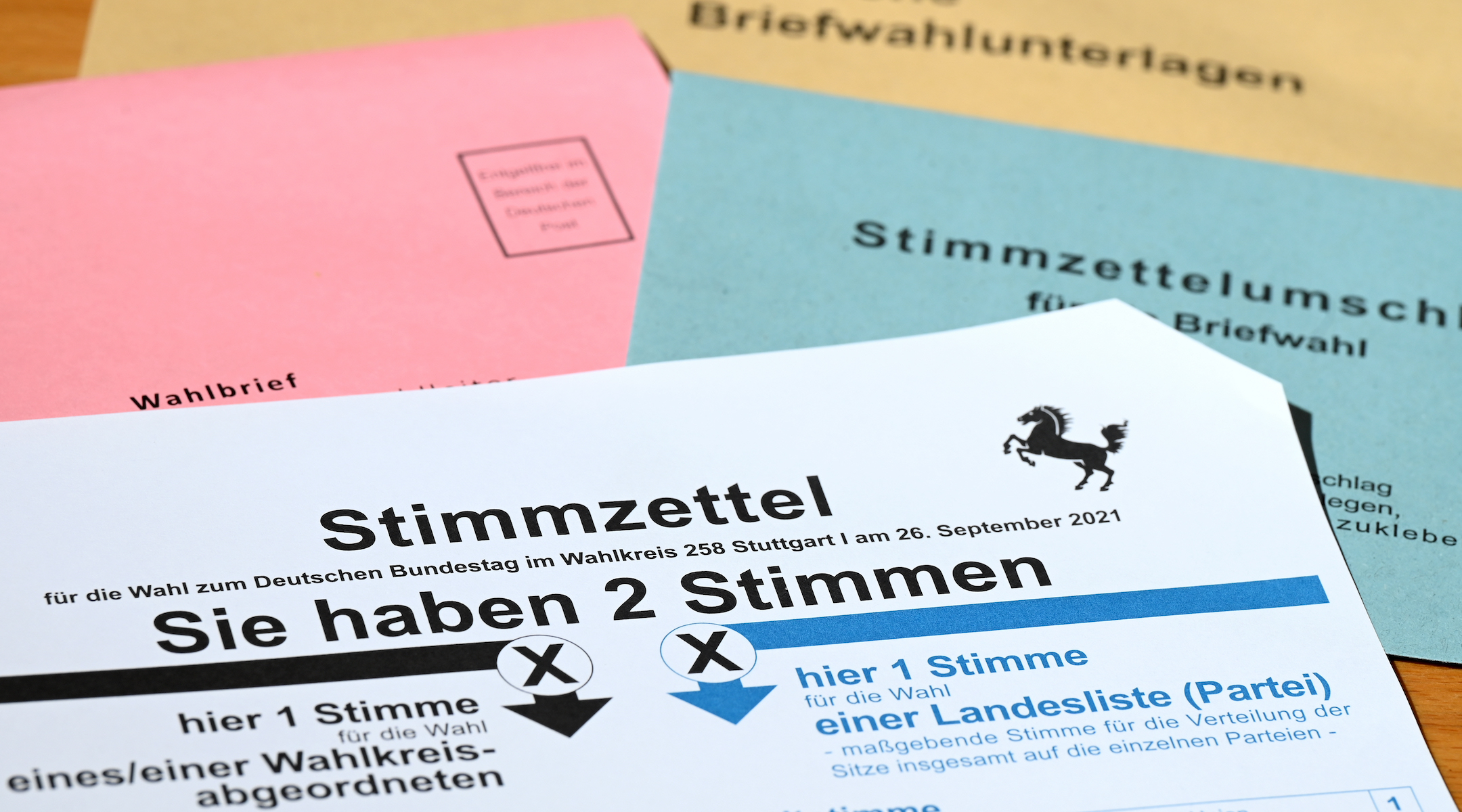 BERLIN (JTA) — Rising antisemitism, Germany’s relationship with Israel, pensions for aging Soviet immigrants — these are just some of the issues Jewish voters across Germany are considering before casting their vote in Sunday’s federal election.

The nation is replacing the retiring Chancellor Angela Merkel after a monumental 16 years in the position. The latest polls suggest a change in power is at hand, as the center-left Social Democratic Party (SPD) has pulled ahead with 25-27% of the vote, which would put current Vice Chancellor Olaf Scholz in charge of building a parliamentary coalition. Merkel’s center-right Christian Democratic Union (CDU) and her successor Armin Laschet lag just behind at 20-23%, while Anna Baerbock and the progressive Greens are hovering around 15-17%.

Jews make up far less than 1% of Germany’s population of 83 million, and for many, Jewish issues pale in comparison to some that the entire country is wrestling with, such as climate change and growing social inequalities.

But in some cases, Jewish issues have become national ones, and vice versa.

We spoke to a range of Jewish voters about what they are thinking about as they head to the ballot box.

Differences ‘in nuance only’

IT consultant Herbert Lappe, 75, has been a member of Dresden’s local Jewish community since his parents immigrated to Germany in 1949. He doesn’t believe the main issues of this election differ for Jews and non-Jews in Germany. He is specifically focused on climate change and social justice, and on those issues, there are clear differences among the parties vying for the chancellery and seats in the Bundestag.

But on particularly Jewish issues, such as rising antisemitism and Germany’s relationship with Israel, Lappe doesn’t see much of a difference between parties (excluding the right-wing Alternative for Germany, or AfD, which he does not consider to be a democratic party).

“All of the other parties differentiate themselves in nuance only,” Lappe said. “There’s no preference from a Jewish point of view.”

“I’m not sure if there’s such a stratospheric distinction between Jews and non-Jews in voting,” she said. 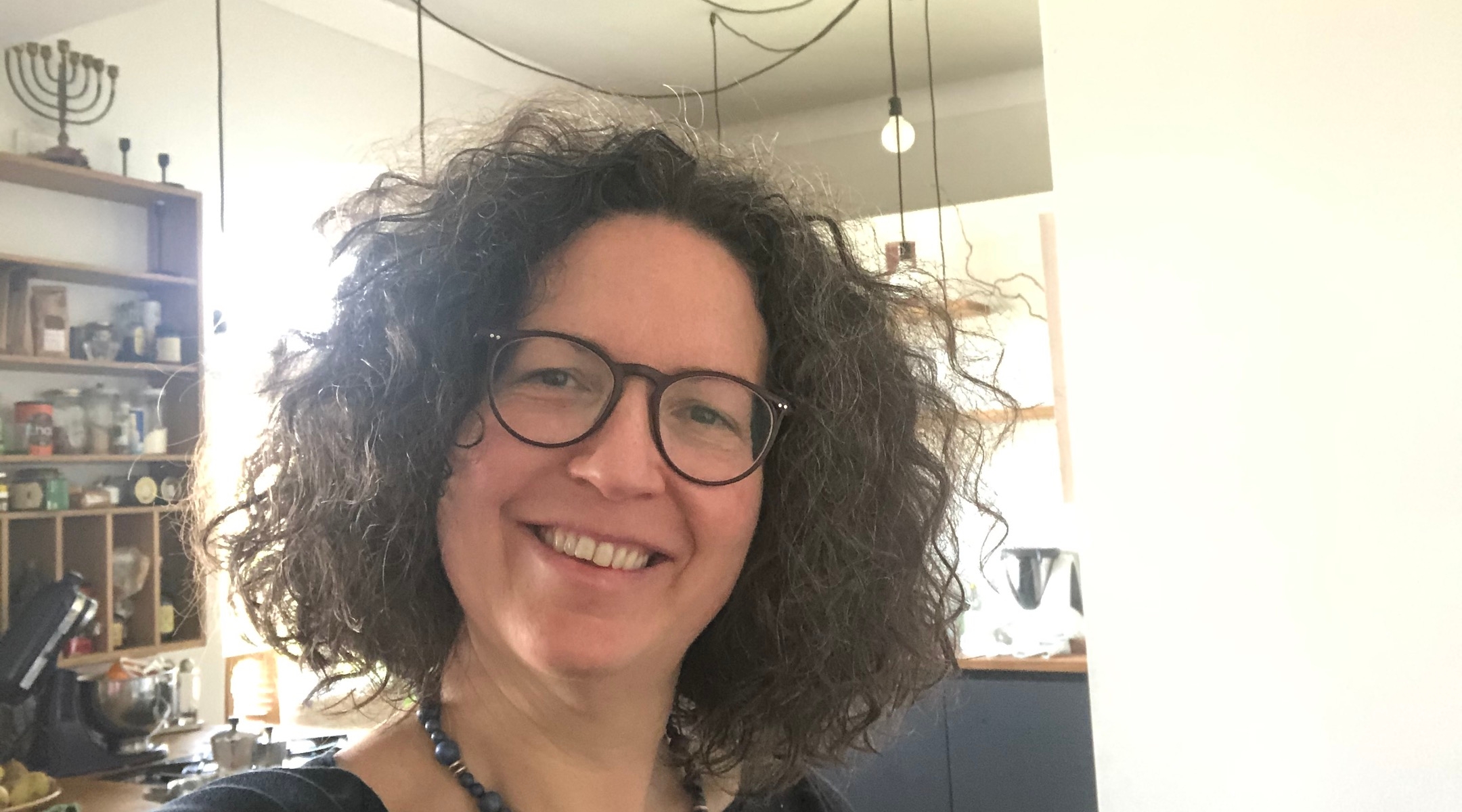 But for her, “being Jewish in Germany” means “supporting tolerance, supporting diversity and being aware of the needs of minorities.”

That sentiment rings true for Henrike Vogels, a 22-year-old student enrolled at two Berlin universities. Born and raised just outside of Hanover in central Germany, Vogels and her family didn’t engage much with their Jewishness growing up. But in Berlin, Vogels has found a home with Base Hillel Deutschland, a pluralistic organization aimed at engaging young Jews. She says that more publicly identifying as Jewish and queer, combined with studying Torah, has influenced her political perspective — specifically, how politics and elections can impact minorities. For these reasons and more, Vogels has a clear preference in Sunday’s vote.

“I wish for a coalition that is between the Green Party, the Left Party, and the Social Democratic Party because I think they are the most progressive,” she said, noting that she will cast her vote for the Greens. “We need this progressive voice and I hope that they adhere to their promises of more social justice and climate justice.”

Vogels will also be eagerly anticipating the results of a referendum to expropriate up to 243,000 apartments in Berlin from corporate landlords, an initiative that has picked up steam as the city’s housing prices have increased.

However the election turns out, Vogels said she will continue to deepen her connection to her Jewish identity through German politics.

“There’s a sense, especially in my generation, that we need to be more involved,” she said. “The perspectives of minorities are overlooked more often than they are not so we need to raise our voices.”

Jews and the AfD

Not every party with members in parliament is running a candidate for chancellor. Smaller parties such the pro-business Free Democratic Party (FDP), The Left (Die Linke), and AfD are fighting for votes that will give them a possible role in a ruling coalition in the Bundestag — though all of the other small parties have vowed not to govern with AfD.

Jewish support for AfD is rare, but it exists.

A group for Jews in AfD launched in October 2018, nearly a year after the previous federal election, in which the party picked up 12.6% of the vote — the third-largest share in the country. Most polls currently have them at 11%, fourth overall.

Many dismiss the group, pointing out that it launched with just 24 members. Artur Abramovych, the group’s 25-year-old chairman, admitted in an email that he has not been able to recruit any new full members since 2018. He blames the news in early 2019 that Germany’s domestic intelligence agency was considering placing AfD under surveillance and giving the government more power to monitor the party’s communications. The discussion alone scared away potential members, Abramovych said. (In March 2021, German courts suspended the surveillance following a court challenge from the party.)

But not everyone. Kazakhstan-born Oleg Bam, 53, voices his support for the AfD without hesitation. In a phone conversation, Bam, a software developer in Frankfurt, said he blames immigrants for the rise in antisemitism. He dismissed the right-wing extremist who attacked the Halle synagogue on Yom Kippur two years ago as an “isolated incident.” 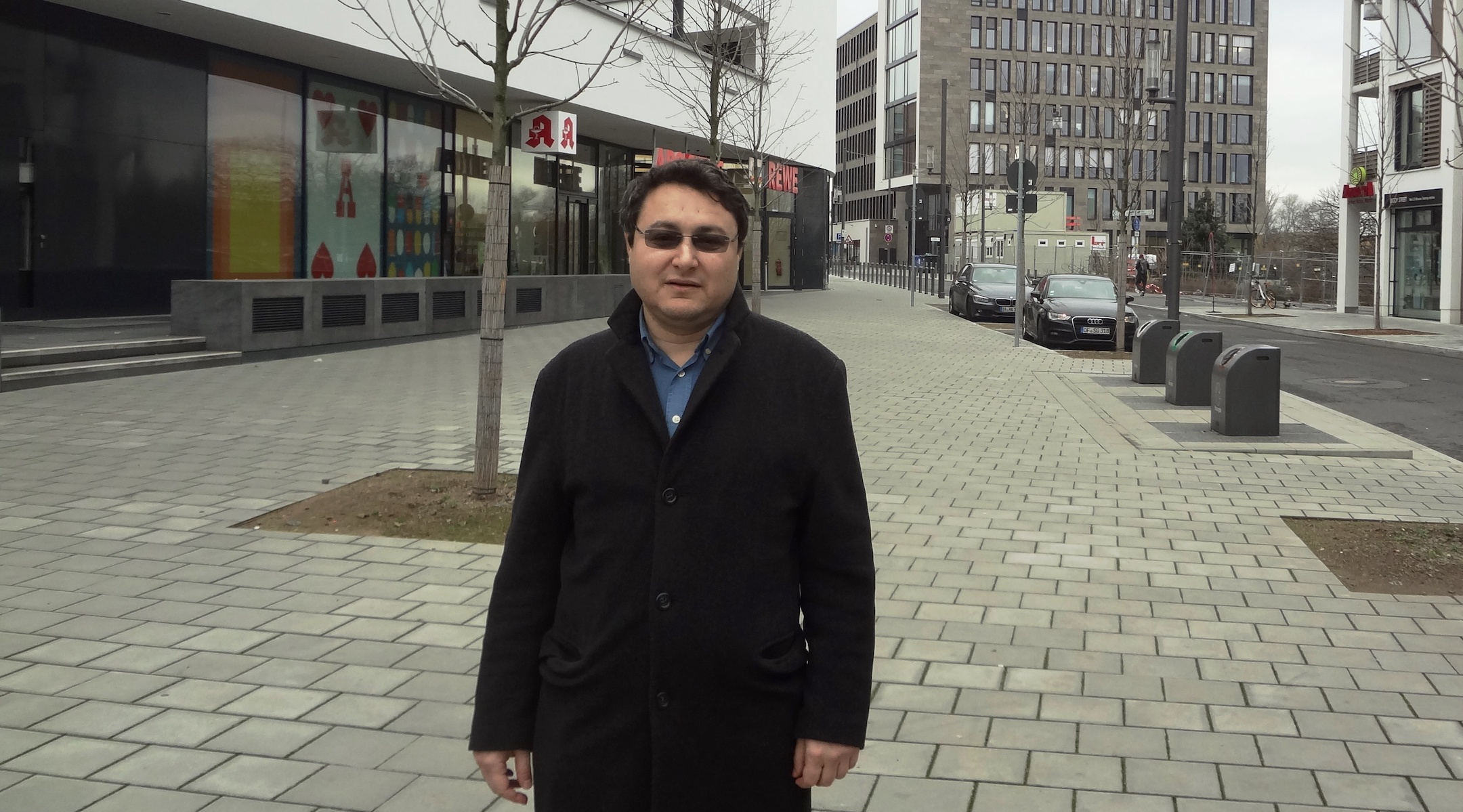 The Federal Association of Departments for Research and Information on Antisemitism (RIAS), which monitors the country’s antisemitic incidents, disagrees with that characterization of the Halle attack. It primarily blames right-wing extremism, populism and the rise of conspiracy theories — some of them related to the COVID-19 pandemic — for the rise in antisemitic incidents in Germany in recent years. However, RIAS also firmly believes that antisemitism is a society-wide phenomenon.

RELATED: A Jewish male model is running for Germany’s parliament — on the far-right ticket

“There have been numerous reports of antisemitic incidents leading up to the election,” said Alexander Rasumny, a spokesperson for RIAS. “In many cases, it’s someone smearing a campaign poster of a candidate from the Greens, SPD, The Left, or CDU and marking them as Jewish and/or trivializing the Shoah by comparing it to the COVID-19 pandemic.”

Despite being a refugee himself — as one of the more than 200,000 “Kontigentsflüchtlinge,” or “contingent refugees” who immigrated to Germany from the Soviet Union in the early 1990s — Bam sees no connection between historical Jewish persecution and the situation of the hundreds of thousands who ended up in Germany after fleeing Syria’s civil war.

“They’re economic immigrants, not refugees,” he said. “They want a better life, I understand that, but Germany is not a Sozialamt [social services office].”

While Bam insists that every Jew he knows among his family and friends supports AfD, broader support for the party among Jews appears to be minimal. The Central Council of Jews in Germany and dozens of other Jewish organizations have issued a statement discouraging Jews from voting for the AfD, alleging that antisemitism and right-wing extremism have found a home in the party.

In a follow-up email, Bam claimed that German media is censored by “globalist American leftists.”

The lasting impact of the 2015 refugee crisis

“We can do this!” Merkel famously exclaimed in 2015, as she declared that Germany would take in hundreds of thousands of Middle Eastern refugees. The decision would sharply split German society, and according to many observers, leave a political opening for the AfD and galvanize far-right extremists.

The move was a sticking point for Eli Maetzschker, a Jewish student at Touro College Berlin, a Jewish university affiliated with the American Touro college network. He plans to immigrate to Israel next year and serve in the country’s military. Though he insists his primary motivation to make aliyah is his connection to Israel as the Jewish homeland, he also says that 2015 played a role in his decision.

“I suffered,” said the 22-year-old from Berlin. “When I was in high school, I got attacked not just verbally but also physically by Muslims.”

Maetzschker said that some of those who attacked him were refugees. Others were born and raised in Berlin. 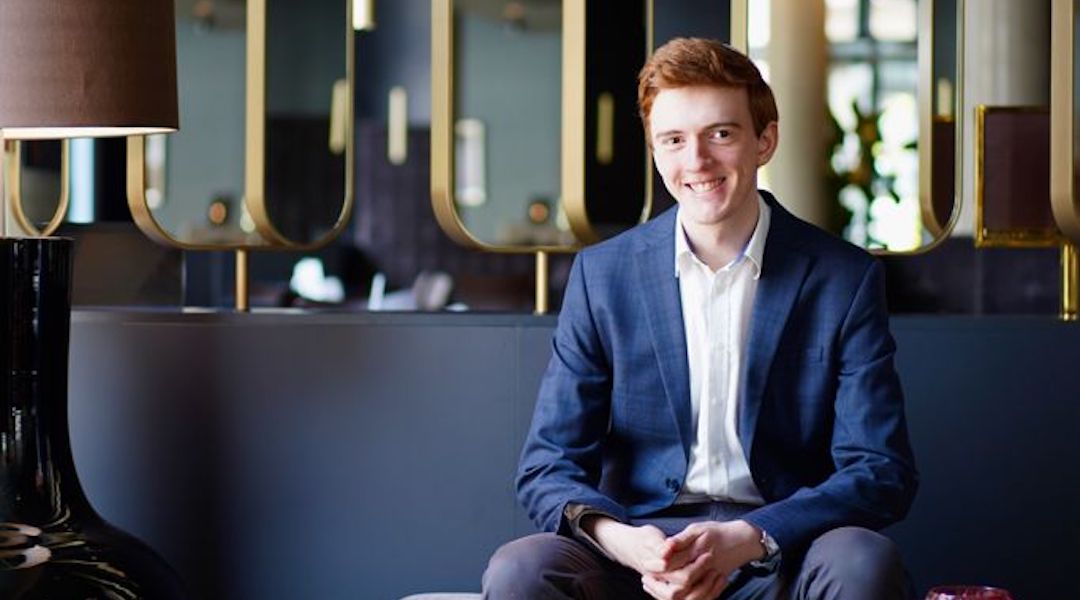 According to government statistics, relatively few antisemitic incidents have been perpetrated by people who came to Germany during the immigration crisis that began in 2011. But one such asylum seeker was involved in the deadliest Islamist terror attack on German soil, a car ramming at a Christmas market in 2016 that killed 12 people. A 16-year-old Syrian refugee was arrested recently on suspicion that he planned to attack a synagogue near Düsseldorf on Yom Kippur.

Maetzschker believes that 2015 marked the start of a leftward political shift among most of the leading German parties. He argued that the CDU “shifted extremely into leftist positions under those 16 years of Merkel.” That said, he is still a supporter of Armin Laschet, CDU’s chancellor candidate, and is hoping for a coalition of CDU and FDP, another center-right party.

“If we lose the center completely,” he said. “I don’t even want to imagine this situation, because in the end, the Jews are always the losers. So it doesn’t matter. If they are leftist or extreme right-wing, we will lose.”

“Jewish voters are German voters,” said Jerusalem-born Daniel Navon, a 22-year-old student active with the Green Youth in Hamburg, a youth organization connected with the Greens. In that vein, he sees some Jewish issues as national ones.

Many of the Soviet Jews who immigrated to Germany in the early 1990s — who make up the overwhelming majority of Jews in the country today — are still in poverty. The Greens prioritize stabilizing and protecting the country’s pension system. 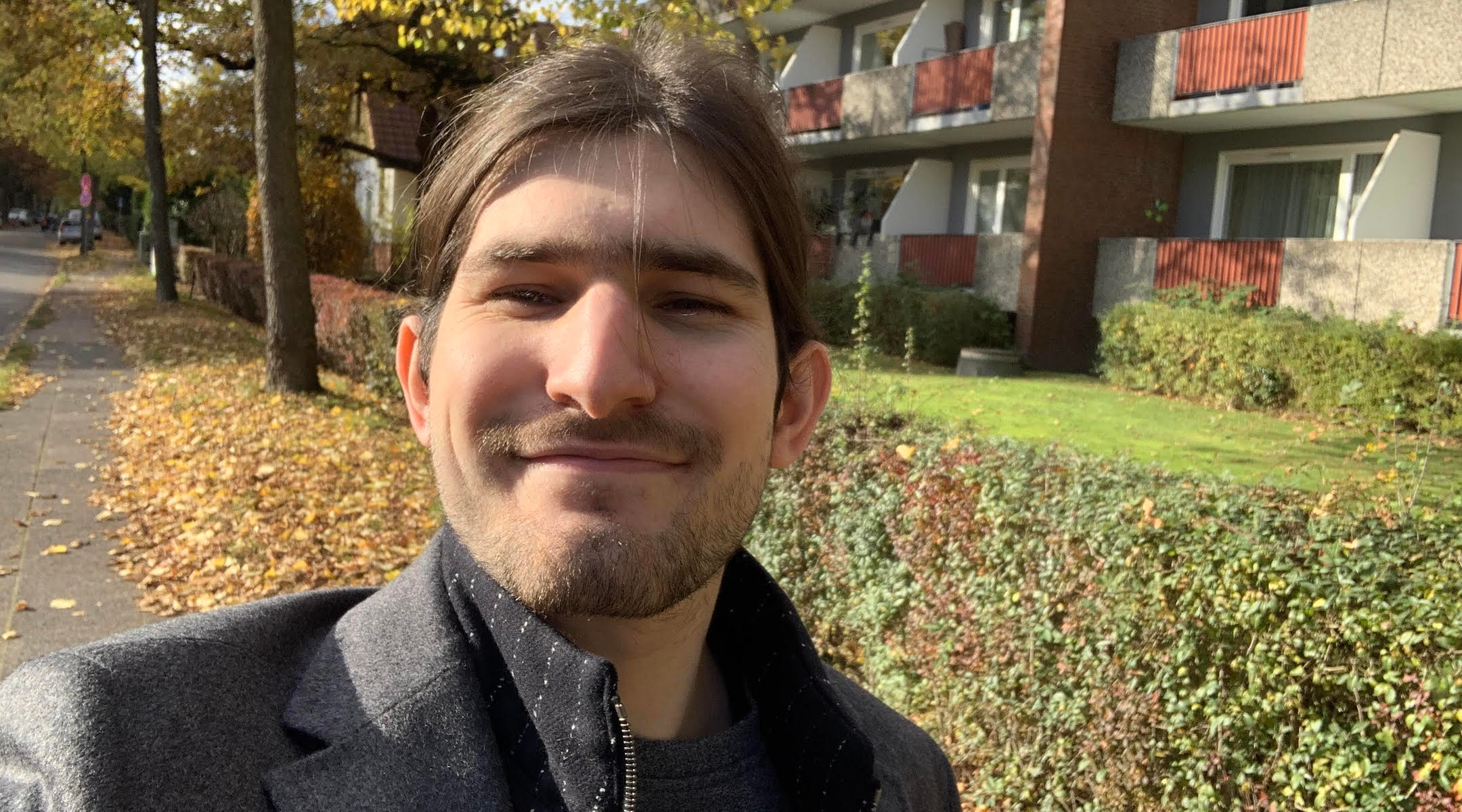 “Many descendants of the Kontigentflüchtlinge have parents and family with a low pension,” he said. “So this is a big topic for Jewish voters.”

Navon also mentioned Germany’s relationship with Israel — something Merkel prioritized — as an important issue Jews will continue to watch. And he referred specifically to the recent attempted Yom Kippur synagogue attack in talking about the rising antisemitic atmosphere on the ground.

“Things like that compel the Jewish community to advocate for specific policies,” said Navon. “And not just to respond to extreme examples of antisemitism, but to everyday antisemitism and discrimination as well.”

It’s not only the big attacks, though, that Navon is worried about — he points to the fact that German students are forced to take school exams during Jewish holidays as an example of everyday antisemitism.

“Institutional structures in Germany must improve in including Jewish life,” he said.

RELATED: ‘A steadfast ally’: Angela Merkel’s departure from politics is a sad moment for many German Jews 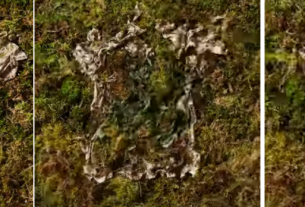 This shirt will disappear after you’re done wearing it 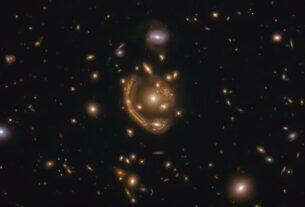 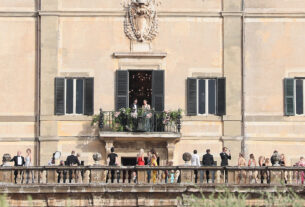