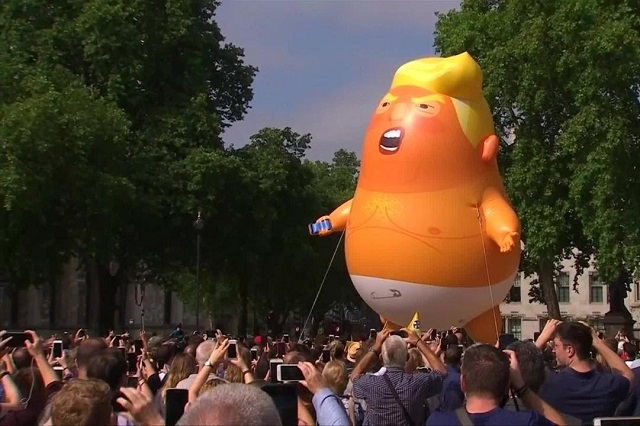 The Trump Baby Blimp was made to protest his visit to London.

The Museum of London has acquired a 20 foot high Donald Trump balloon known as The Donald Trump Baby Blimp. It was constructed as a protest against President Trump when he was on an official state visit to London in July, 2018.

It was flown in Parliament Square by protestors during Donald Trump’s London visit.

The Donald Trump Baby Blimp helium balloon depicts the outgoing President as a baby in diapers throwing a tantrum. In it he has orange skin and holds a cell phone in one hand. The balloon cost more than $23,000 to build. The money for its creation was raised in a crowdfunding campaign.
–
[embedded content]

London Mayor Sadiq Khan has already given his permission to fly the balloon above the museum.
Director of The Museum of London Sharon Ament told England’s PA Media that it had been looking to acquire the blimp since 2018, but did not know when that would be possible. Explaining that the museum is not making a political statement with this acquisition she said that getting the Trump Baby Blimp was about saving it for posterity.

“We did not know then what would transpire,” she told PA. “Of course the museum is not political and does not have any view about the state of politics in the States. To some it’s a joyous object, it makes you smile, it makes you laugh because it’s satirical.”

“The most ironic and fitting thing now is it’s currently in quarantine in the museum,” Ms Ament said.

But the museum knows that, even though Trump lost the election, the world has not seen the last of him. “While we’re pleased that the Trump baby can now be consigned to history along with the man himself, we’re under no illusions that this is the end of the story,” it said in a statement.

The Museum of London is an award-winning, charitable institution funded by a variety of organizations and individuals including the City of London Corporation and GLA. 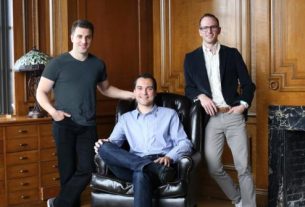 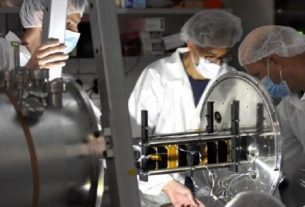 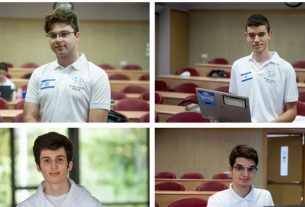