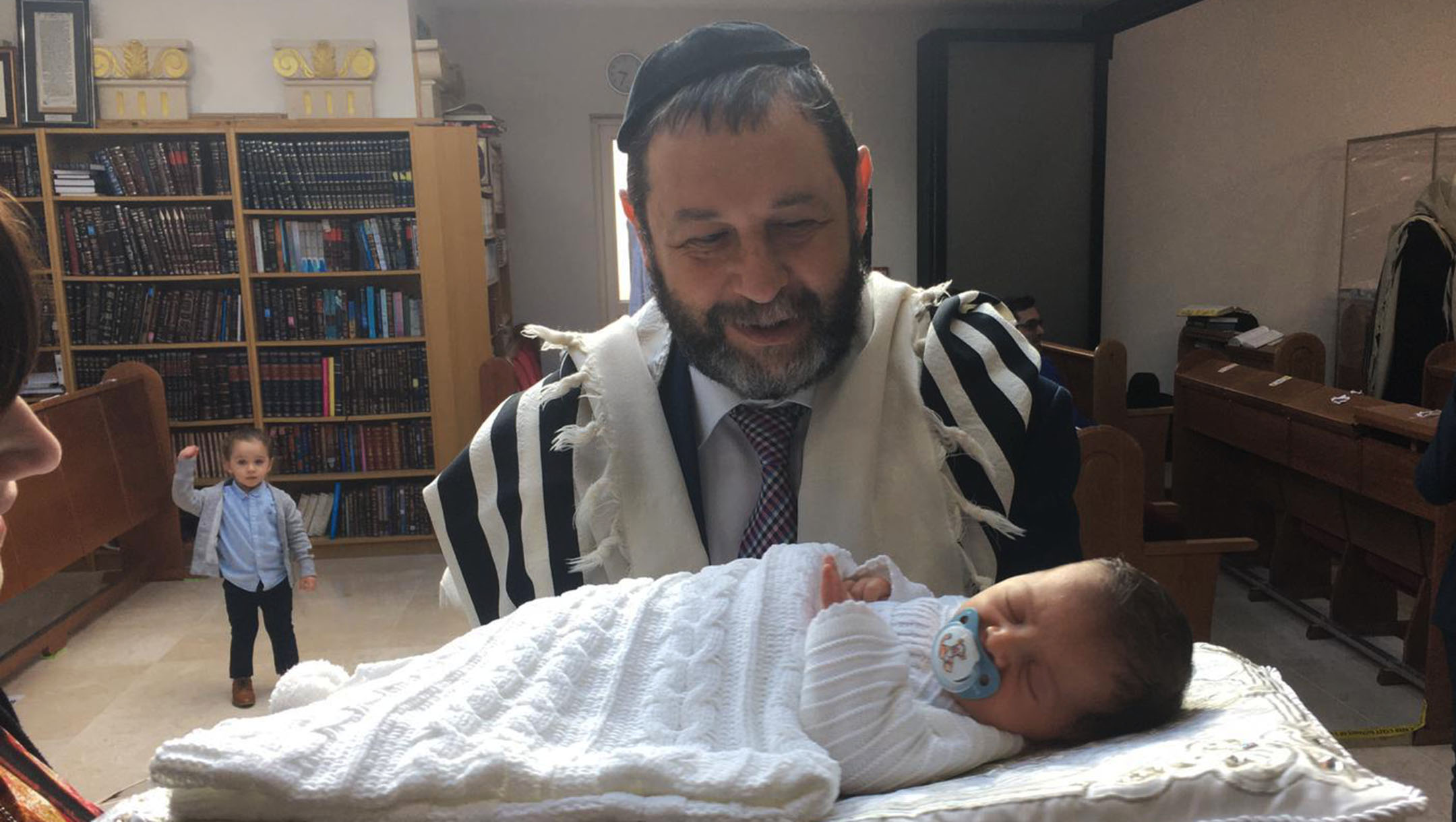 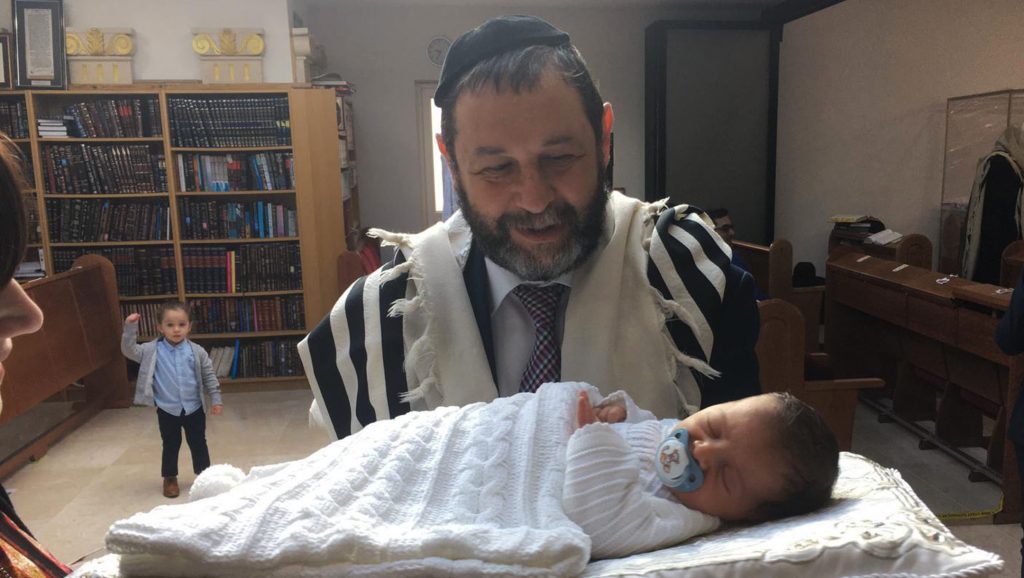 (JTA) — What would it be like to go to sleep one day and suddenly wake up in a world turned upside down by COVID-19?

Eli Seliger, an Orthodox Jewish father of seven from London, has a pretty good idea.

In March 2020, long before anyone knew the scope of the pandemic in the United Kingdom, where it has killed more than 127,000 people, the disease put him in a two-month coma from which he almost did not emerge.

When he woke up on May 27, Seliger could not move his legs. He recalls being “in pain, exhausted and also scared” to learn the world was being radically reshaped around him.

“People were wearing masks, people were being isolated. My family couldn’t see me, the world was unrecognizable,” said Seliger, 54, who heads the U.K. branch of the Zichron Menachem charity, which helps children with cancer.

But he had more immediate challenges than making sense of how the pandemic had changed the world. Seliger had a long path to recovery from a host of complications that very nearly killed him.

He had survived pneumonia, kidney failure and a nerve disorder while in the coma. He had also lost 60 pounds. Seliger was the first adult in the country who was diagnosed with ADEM, a brain inflammation similar to multiple sclerosis that usually affects children.

Seliger said he was motivated to persevere through a grueling 14-week rehabilitation process of physical therapy sessions by three things: the upcoming wedding of his daughter, which he vowed to attend; the expressions of support by his extended community; and the trajectory of the pandemic.

“Just hearing about what had happened filled me with determination to return to normal,” he said.

Seliger, a South Africa native who has been living in the United Kingdom since 1987, dismissed his physical therapists’ advice that he install railings and other aids at his home to alleviate the effort required by activities such as climbing the stairs or standing in the shower.

“Once you make those kinds of allowances, it’s just more difficult to return to normal,” he said.

Besides, Seliger was on a tight schedule to heal. He had vowed to himself not only to attend his daughter Sally’s wedding in August, but to give her away as wedding protocol (not Jewish law) commands.

“Well, I needed a cane, but I walked her down the aisle,” he said.

Seliger’s story made headlines in the mainstream U.K. media when he came out of the coma, appearing in publications such as The Sun, one of the country’s biggest tabloids.

He believes he wouldn’t be alive today if not for prayer.

Seliger likely would have not been hospitalized in time to survive had his 12-year-old son Yonah not asked friends and relatives to pray for his father’s health. Before he was rushed to the hospital, Seliger had been dealing with a cough for about a week.

“I told my son Yonah in passing, not very seriously, that maybe he should say Psalms for me to get better,” he said.

Yonah took the request seriously and sent a text message seeking prayers for his father. One recipient, a distant relative, made a late-night visit to check up on Seliger, who by then was not breathing properly and had an oxygen saturation of 88% — seven points below the normal level. Alarmed, the visitor arranged for Seliger to be hospitalized immediately.

“Yonah’s call for others to say Tehillim for me basically saved my life,” said Seliger, using the Hebrew word for Psalms.

Seliger owes his life to faith in other ways as well, he said.

He’s not alone in that opinion.

While much has been written about how close social contact and large families have made Orthodox Jews particularly at risk to COVID-19, “it is often forgotten that those same characteristics have also served as strengths, saving lives through direct intervention and giving patients the strength to pull through indirectly by making them feel supported,” said Shneor Glitsenstein, a Chabad rabbi from Seliger’s heavily Orthodox London neighborhood of Golders Green who has followed his recovery.

While Seliger was comatose, members of his local Jewish community set up groups to pray for him consecutively for every hour of the day. One of these prayer marathons went on for 36 hours, during which Seliger’s wife, Leah, had been warned he was likely to die imminently.

“It’s that feeling of security, that your community has got your back, that someone will deliver kosher food for you, that someone will take care of you, that gives people a sense of purpose to go on living in the hardest of situations,” said Glitsenstein, who also prayed for Seliger. “It’s a spiritual embrace that’s difficult to explain in words but has a dramatic impact on health.”

The Board of Deputies of British Jews has recorded at least 900 Jewish funerals of victims of the coronavirus, but the full number of Jewish victims lies in the thousands. Jews, who number about 250,000 in the United Kingdom, were at first overrepresented in terms of fatalities there, though their share appears to have evened out as the pandemic spread across British society.

Neighbors on the heavily Jewish street where Seliger lives with his family didn’t need the media for updates on his recovery. They were getting daily updates through cellphone text messages, said Glitsenstein, who also lives near the Seligers.

“The day he came back, it was a celebration. People were waiting for him on the street,” Glitsenstein said. “Just as they had given him and his family the strength to go on, his return gave them that strength back.” 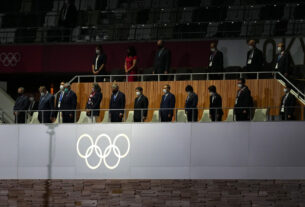 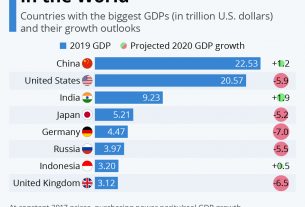 The Biggest Economies in the World 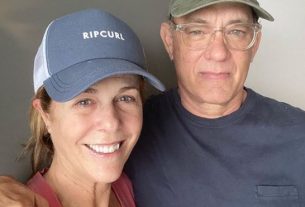 Who are the famous people who have infected with Corona around the world?